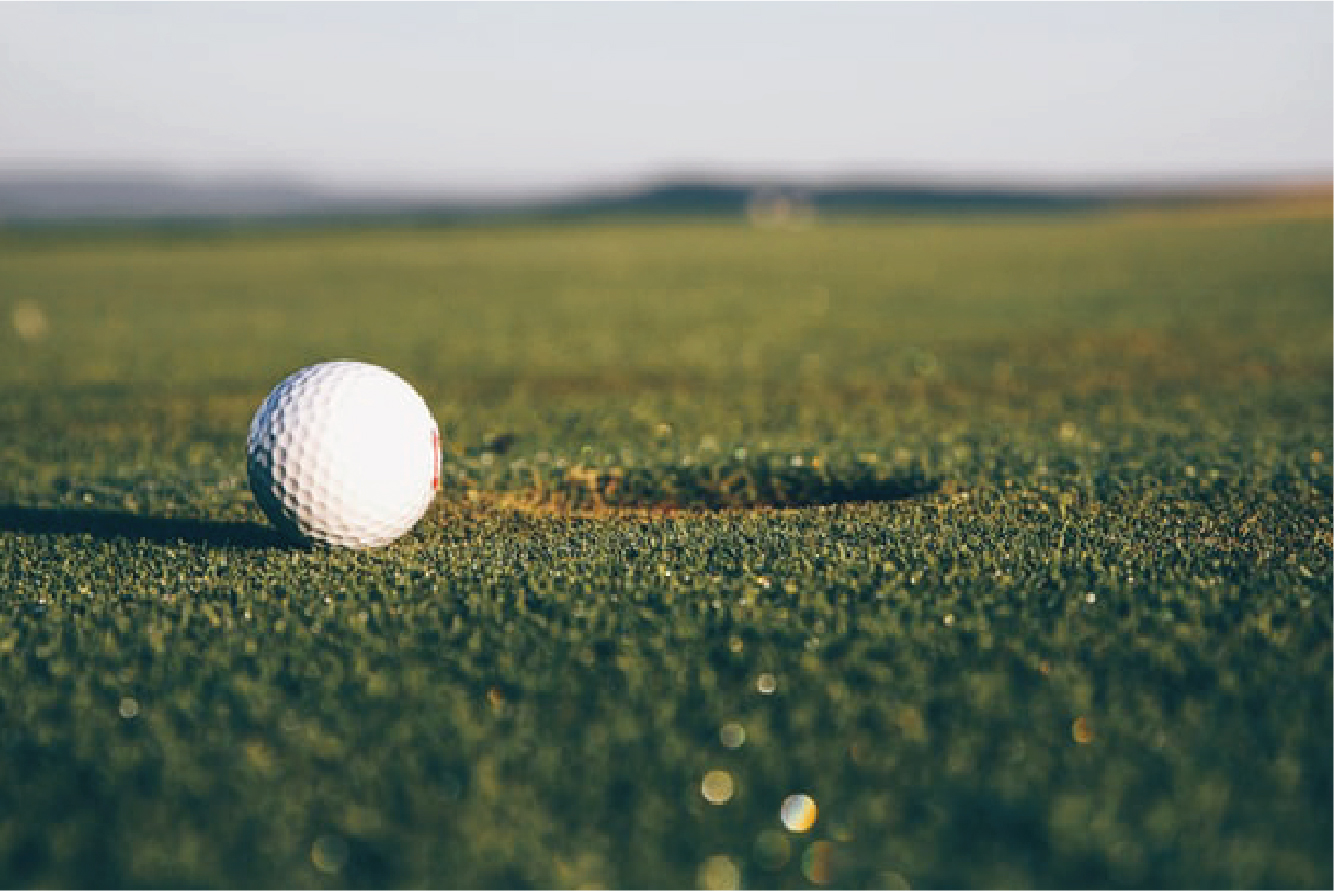 Have you ever said, “Let’s start small and then build it up based on how it goes,”? You sure have. So have most of us. In our world, this is typically how all automation begins.

During the initial days of robotic process automation (RPA), organizations were mostly skeptical. They saw potential but were unsure of real impact.

So, they tried it out for small non-critical functions — they wanted to minimize risks. Understandably. Say, the finance department would automate one task in the Accounts Payable first such as reading data from a file and transferring that to the ERP system. However, other aspects of the Accounts Payable process would continue to remain manual. Also, understandable.

This is what is called partial automation — quite literally, automating just a part of something much bigger.

But why would anyone do that?

In fact, there are plenty of reasons for handling automation this way.

For one, the earliest automation systems could only automate basic screen capture – in other words, anything that couldn’t be seen on a screen would break the process and need manual intervention.

Some of them are financial — end-to-end automation is more expensive and incurs higher opportunity costs to run business-as-usual in the interim because every sub-task would need investment in a bot. Partial automation, on the other hand, was cheaper. Organizations could pick a few bots for shorter processes and pay-as-they-go. This also helped them understand the effectiveness of automating and calculate ROI in the longer term.

Some industries worried about security. A bank would use RPA tools to move data from a front-end system to a legacy back-end system but wouldn’t let bots analyze their customer data. Even to this day, security remains an important reason companies choose partial automation. Why risk exposing critical data while their mandate – bolstered by regulatory requirements – is to protect it and keep it confidential?

Some others just weren’t ready for end-to-end RPA — automating a process end-to-end would necessitate standardization of formats, fields and rights, and that requires an investment of finances, as well as time and energy from their internal teams.

It also didn’t help that monitoring each automated process or bot was not easy. So, there was greater risk of broken automation if the scope was end-to end.

The initial RPA landscape had its limitations, lacking seamless integration with the human input when the time came for decision-making and without a human-in-the loop concept.

Most also feared that they might not have the people trained and equipped to intervene and improve the end-to-end RPA, making it a bigger risk. Partial automation is less demanding.

To be clear, in all these cases organizations certainly understood the value of RPA, invested in partial automation and derived value from it. Most of them are “somewhat happy” with the results their RPA systems are delivering.

Efficiency deficit: The improvement in overall process efficiency, while automating only a part of it, can often be so minimal it doesn’t seem worth the effort.

Savings deficit: As efficiency is only marginally improved, cost savings also end up being marginal.

Resource blocking: Without the ability to improve intelligently, partial automation still needs people to fill its gaps. This means that people continue to work on mundane tasks, leading to low productivity, fatigue and dissatisfaction.

Right, so is Intelligent Automation a possible end-to-end solution?

Intelligent or Cognitive Automation in its simplest form, is an intelligent version of RPA — one that can learn from the data and apply it to present needs. Automation can become limiting when not supported by the learning capabilities of AI, which is where intelligent automation comes into the picture. It is flexible enough to understand and adapt to non-templatized data inputs. It can process structured, semi-structured and unstructured information with ease.

Take JIFFY.ai’s cognitive automation tool, for instance. It is able to read and extract non-templatized information. Even in cases where JIFFY.ai doesn’t understand or cannot read certain parts of the document, it will extract all the other parts and reduce manual intervention to a bare minimum. This way, with cognitive RPA, you can automate the entire process, not just a part of it.

With its ability to learn, cognitive RPA is also scalable. As a business becomes more complex and processes more intricate, cognitive RPA can learn and grow along, making the ROI significant in the long term. For instance, intelligent automation systems that trigger alerts to floor supervisors in a manufacturing unit can learn to spot newer anomalies over time, making all aspects of productivity, quality and capacity predictable. Enterprises are addressing their requirement for end-to end automation using a combination of RPA tools (for repetitive tasks), BPM tools (for process management), OCR , IDP tools (for document extraction), Data platforms for data streaming and beyond.

Instead, a platform that makes all of these features available in a single stack can help save costs and time, and also translate to easily calculable returns over a period of time. This way, they can adopt cognitive RPA for all processes, interconnect them and enable them to work in tandem.

Cognitive RPA also comes with basic skills. Pre-built RPA systems, customized for industries and functions, are now available with the ability to hit the ground running immediately. Once installed, they are in auto-pilot mode needing very little help from people, even for setup, training or maintenance.

With prior knowledge, pre-built cognitive RPA solutions can automate end-to-end with a more meaningful understanding of the process landscape.

With cognitive RPA, the solution is no longer piecemeal. Unlike partial automation, cognitive automation impacts the entire value chain.

The global situation businesses face today is a reason for organizations to take seriously how end-to-end automation can help them to be more resilient in the face of crisis.

As an example, a large automaker based out of Europe has worked with JIFFY.ai in automating their financial processes. This truly helped them recently when there was no business shutdown in their country, and they continued to send in their documentation to JIFFY.ai’s offices where physical offices were shut down. Thanks to automation, backend support continued seamlessly while production continued as planned.

It is completely understandable if you have a partially automated system now. It made sense in its day. But today, to see the real value of automation, end-to-end cognitive automation is the way to go. With a clear view of the entire system, end-to-end RPA will be able to bring together various processes into a smoother journey, be it for your customers, vendors or employees. It will also future-proof you as the system understands your existing processes and can expand to accommodate newer ones.

If you have adopted partial automation and aren’t fully realizing its potential, speak to one of our consultants to explore newer avenues. We understand where you are and we’re happy to help.

What to Expect When You Are Automating: Financial Service Leaders Weigh-in on the Perfect Roadmap

Talk to our expert

This website uses cookies to improve your experience while you navigate through the website. Out of these cookies, the cookies that are categorized as necessary are stored on your browser as they are essential for the working of basic functionalities of the website. We also use third-party cookies that help us analyze and understand how you use this website. These cookies will be stored in your browser only with your consent. You also have the option to opt-out of these cookies. But opting out of some of these cookies may have an effect on your browsing experience.
Necessary Always Enabled
Necessary cookies are absolutely essential for the website to function properly. This category only includes cookies that ensures basic functionalities and security features of the website. These cookies do not store any personal information.
Functional
Functional cookies help to perform certain functionalities like sharing the content of the website on social media platforms, collect feedbacks, and other third-party features.
Performance
Performance cookies are used to understand and analyze the key performance indexes of the website which helps in delivering a better user experience for the visitors.
Analytics
Analytical cookies are used to understand how visitors interact with the website. These cookies help provide information on metrics the number of visitors, bounce rate, traffic source, etc.
Advertisement
Advertisement cookies are used to provide visitors with relevant ads and marketing campaigns. These cookies track visitors across websites and collect information to provide customized ads.
Others
Other uncategorized cookies are those that are being analyzed and have not been classified into a category as yet.
SAVE & ACCEPT
Powered by

We’re happy you reached out!

We have received your message and one of our representatives will get in
touch with you shortly.