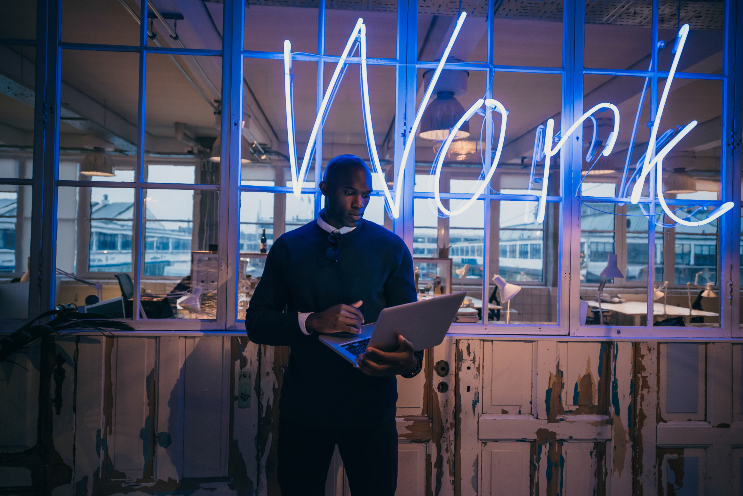 The original types of automations were not integrated or even necessarily connected to automate end-to-end tasks or processes – leading to fragmentation. A decentralized approach and focus on “a bot per user” have increased technical debt for enterprises, putting true digital transformation out of reach.

Over time, enterprises cobbled together disparate automation technologies to protect their original investments in RPA and were forced to assume the risks involved in integrating them.

What is Hyper Automation?

Gartner coined the term “hyper automation” to define this integration of technologies, encompassing RPA, machine learning, artificial intelligence, and these technologies’ growing sophistication. Despite RPA’s massive market share, it was fast becoming apparent that RPA alone could not keep pace with today’s digital transformation requirements, necessitating hyper automation – but this had its own share of issues.

Organizations choosing to automate via RPA as well as those venturing into hyper automation report a significant trade-off in terms of growing complexity, mounting technical debt, and a snowballing total cost of ownership (TCO) – which does not make sense in the long-term.

In 2021, as we enter a new era in digital transformation, it is time to revisit our automation approaches and level up.

Traditional RPA is more of a white elephant for enterprise automation.

Robotic process automation (RPA) is entirely task-based, where you define precise rules to guide workflows in business process automation. Let’s say you are setting up an RPA software for invoice automation. At the invoice registration step, you can configure RPA to read from a file/folder, but every new source has to be manually configured. As you receive invoice submissions from multiple sources like cloud-drives, email, etc., the RPA script has to be updated and managed accordingly.

Over time, this leads to RPA becoming more of a white elephant than a genuine value generator, as you will be spending outsized efforts on updating, cleaning, and maintaining your automation scripts as your enterprise grows into diverse functions/areas.

A survey found that over 4 in 10 enterprises are having to spend more time and resources to maintain RPA than originally expected.

Another issue is deployment timelines. Enterprise leaders start with the best of intentions but adapting RPA to a typical enterprise’s scale, and process complexity takes time – often up to three years. More than two-thirds of deployments take anywhere between 1 and 3 years, delaying your time-to-value. And once RPA is in place, just 4% are able to scale, mainly due to the complexity of projects (57%).

This leaves you with mounting technical debt and sunk costs, further increasing your TCO.

Improving on this approach, Gartner introduced hyper automation as the next phase of maturity, which would take advantage of AI/ML to cut down some of the inefficiencies of traditional RPA.

The rise of hyper automation, the no. 1 strategic technology trend from 2020

It was the no.1 technology trend from 2020, poised to simplify several of the complex scenarios that would stymie traditional RPA.

Here’s a simple AP automation example: If you are using automation to extract invoices, RPA would require you to pre-train the engine and create separate templates for each supplier. Hyper automation improves this through ML so that the data extraction isn’t template dependent. Similarly, when it comes to validating invoices, hyper intelligent automation can crosscheck via intelligent OCR, in contrast to RPA, which only reads specific ERP fields or structured information.

But even hyper automation does not match up to the promise of true digital transformation. Breaking down the above scenario, you will find frequent human involvement (often at preventable intervention points). For example, hyper automation-based invoice extraction still lacks continuous learning capabilities. ML models are mostly a “black box” that cannot be adapted to business user behavior. For invoice validation, you still have to write complex scripts – only now, it is compatible with both structured and unstructured information.

For this reason, hyper automation remains confined to the “promising trend” segment, with limited real-world usability. Research names only Amazon and Google as key players, owing to their rich AI/ML capabilities.

Does this mean enterprises who need immediate and effective outcomes from automation are left in the lurch unless they are willing to spend on a 5-year-long ROI generation roadmap?

This is where HyperApps come in.

Progressing to HyperApps – a pragmatic model with human-in-the-loop

HyperApps combine the functional principles of RPA, the intelligence/cognitive capabilities of hyper automation, and the self-service convenience of SaaS apps to enable automations that show value in months and last for decades.

Continuing with the scenario of invoice automation, here is how a HyperApp would do it:

First, HyperApps rely on self-service, empowering business users to set up automated workflows and configurable business rules. What the HyperApp eliminates is the dependency on technical resources to make business configuration enhancements and changes. HyperApp designers can also add new functionality to the app and business users can turn them on based on their needs.

Second, HyperApps are modular, with their components reusable as you grow, by applying the same components to multiple scenarios. This brings down the total cost of ownership and generates cost savings, while also shrinking time to value because of its turnkey nature.

Finally, the human-in-the-loop user interface can replace the bulk training ML approach in cases where it is not possible to create a pre-trained ML model. This business user-led approach allows enterprises to build or enhance ML capabilities with their own business data.

As you can see, HyperApps address the key impediments to traditional RPA and hyper automation. They ensure fast deployment and low maintenance, adapting to complex processes during business growth. They also keep a human in the loop to power continuous learning, reducing your efforts for manually configuring AI/ML models. Importantly, HyperApps are already in action at several enterprises, enabling long-term digital transformation without having to wait for technology or infrastructure maturity.

Learn from the frontlines and level up today with Hyper Automation

Demonstrating a remarkable improvement over RPA alone, one of the world’s largest automobile manufacturers was able to achieve 85% straight-through processing (STP) for invoicing processes in just a 12-week period. The company first tried RPA in their AP automation journey to replace manual execution. But it was too rigid and rules-based, unable to handle frequent changes in invoice templates as the manufacturer added new vendors, new invoice formats, new types of suppliers, etc., as part of its growth journey.

An Invoice Processing HyperApp successfully addressed this by learning from 12 months’ worth of historical invoices and continually updating itself whenever it encountered an exception. Using a HyperApp, the manufacturer can process one invoice in three minutes vs. the pre-automation 24-hour turnaround. And unlike most implementations, it saw measurable ROI in six months.

At JIFFY.ai, we help organizations around the world with their digital transformation roadmaps by making it possible to level up their automation projects. This pragmatic progress from RPA to hyper automation and finally, to HyperApps has proven to bring about battle-tested outcomes.

What to Expect When You Are Automating: Financial Service Leaders Weigh-in on the Perfect Roadmap

This website uses cookies to improve your experience while you navigate through the website. Out of these cookies, the cookies that are categorized as necessary are stored on your browser as they are essential for the working of basic functionalities of the website. We also use third-party cookies that help us analyze and understand how you use this website. These cookies will be stored in your browser only with your consent. You also have the option to opt-out of these cookies. But opting out of some of these cookies may have an effect on your browsing experience.
Necessary Always Enabled
Necessary cookies are absolutely essential for the website to function properly. This category only includes cookies that ensures basic functionalities and security features of the website. These cookies do not store any personal information.
Functional
Functional cookies help to perform certain functionalities like sharing the content of the website on social media platforms, collect feedbacks, and other third-party features.
Performance
Performance cookies are used to understand and analyze the key performance indexes of the website which helps in delivering a better user experience for the visitors.
Analytics
Analytical cookies are used to understand how visitors interact with the website. These cookies help provide information on metrics the number of visitors, bounce rate, traffic source, etc.
Advertisement
Advertisement cookies are used to provide visitors with relevant ads and marketing campaigns. These cookies track visitors across websites and collect information to provide customized ads.
Others
Other uncategorized cookies are those that are being analyzed and have not been classified into a category as yet.
SAVE & ACCEPT

We’re happy you reached out!

We have received your message and one of our representatives will get in
touch with you shortly.